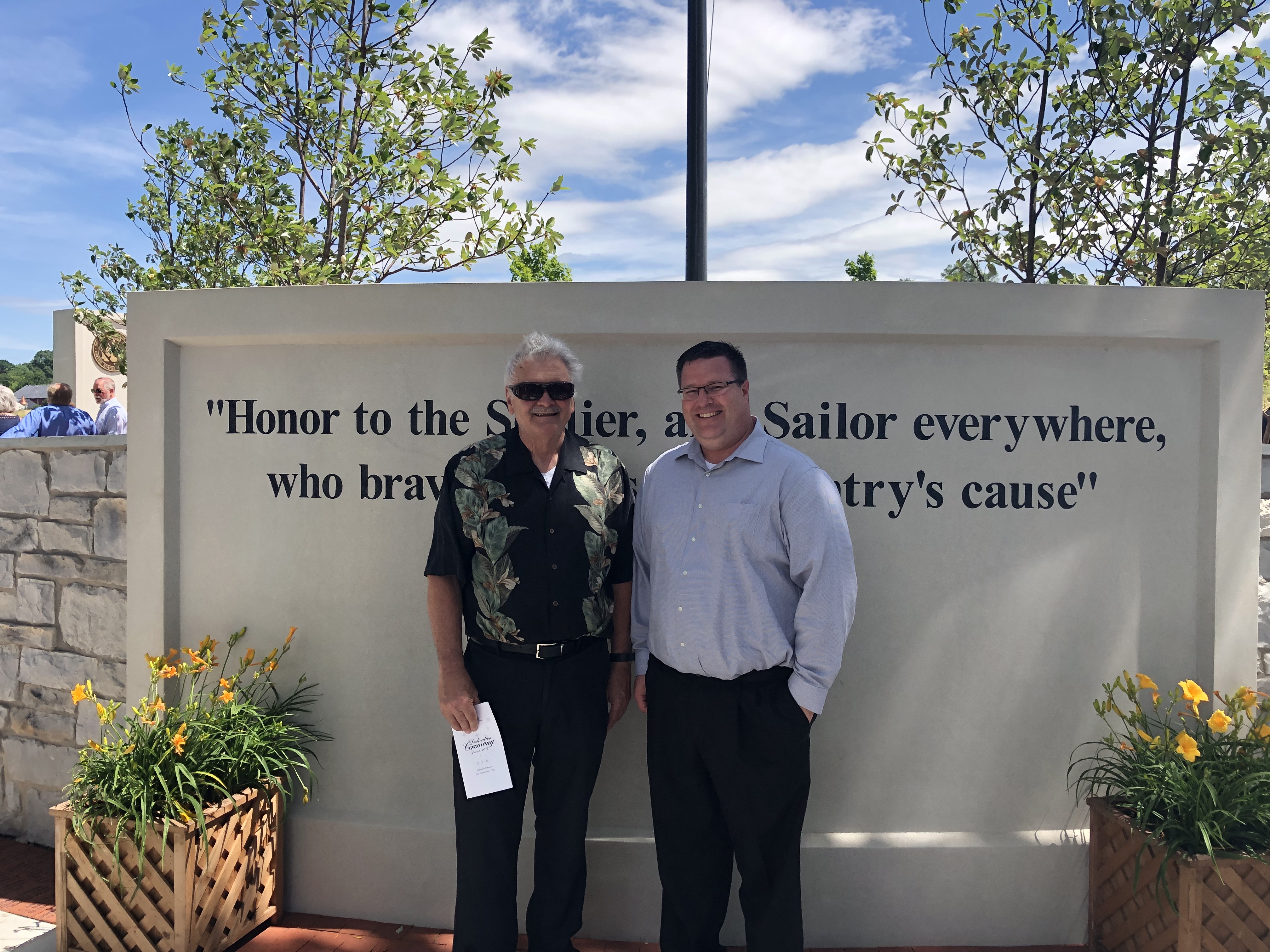 On a sunny, Sunday afternoon, the Veterans Honor Park of Lancaster County was dedicated and opened to the public. Six years of planning, fundraising and many hours of donated work came to fruition at the ceremony in Warwick Township, on June 9th, 2019.

Grant Hummer, President Emeritus, and Jason Best, RLA, represented ELA Group, Inc. at the ceremony. As the Warwick Township Engineer, Hummer has been involved with the park since its inception.

The idea for the park began in 2013 when then Warwick Township supervisor, C. David Kramer acted on a suggestion from a letter to the editor of the Lancaster Newspapers. The land for the park, 2.4 acres, was donated by Wayne Siegrist, in honor of his father Raymond F. Siegrist, a WWII Navy veteran.

Since that donation, many people and companies have given time, talent and funding to the project.

Situated adjacent to the Lititz Library, the park’s circular patio has columns for each of the five branches of the military. Many of the brick pavers in the patio are engraved with dedications to veterans and current military service people.

The Park’s website describes the intent of the park:

“It recognizes the selfless dedication of every Lancaster County man and woman who ever wore the uniform, and swore to support and defend the Constitution of the United States against all enemies, foreign and domestic.

Most importantly, it reminds everyone – especially young people – of the sacrifices others have made for their freedom.”