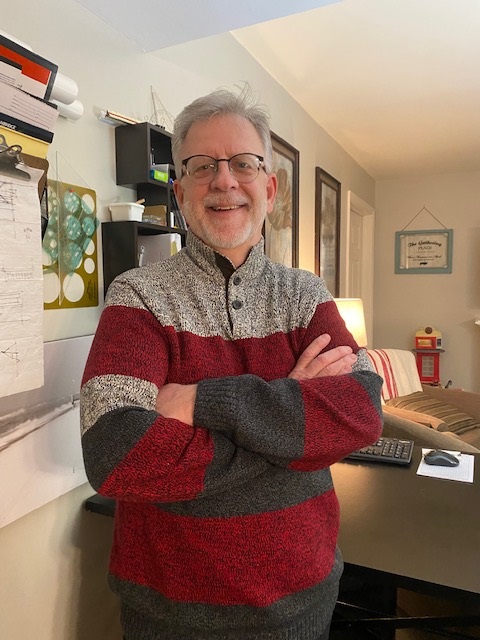 European settlement of Penn’s Woods brought with it the timbering of those woods, the building of homes and settlements, and the landscape of agriculture.  In support of agricultural production, our earliest Pennsylvanians also re-routed creeks and rivers, harnessing their power behind low-head dams in order to mill grain and feed the Colonies.  As the structure of communities took shape, these same creeks and rivers often formed the borders of the Commonwealth’s counties, townships, cities, boroughs, and villages.

As colonization gave way to western expansion and the building of a nation, the landforms of urban and suburban development flourished and many of the mills disappeared; however, the lasting footprint of their infrastructure remains.  Centuries’ worth of “legacy sediments,” trapped behind this network of dams, choked floodplains with deposits of finely-grained, nutrient-rich sediment.  This sedimentation caused the perching of creeks and rivers well-above their former elevation, disconnecting them from their streambeds and wetlands once vital to their health.  These highly-erodible sediments are harmful in their own right, however, embedded within them are nitrogen and phosphorous, the building blocks of commercial fertilizer.  In sufficient concentrations, sediments and nutrients increase the temperature of waterbodies and starve them of dissolved oxygen, degrading downstream ecosystems including the Chesapeake Bay.

Such is the case with the Little Conestoga Creek.  Some 21-miles in length, the Creek originates southeast of Manheim, in Penn Township, and flows southward through seven municipalities to its confluence with the Conestoga River abreast of Conestoga Township.  On its way, the Creek carries sediments and nutrients through rural, suburban, and urban lands; past golf courses, parks, and quarries; through residential neighborhoods and industrial parks; under and around farm lanes, a covered bridge, streets, highways, and railroads.  The Creek passes by East Petersburg and Lancaster, a nearby health campus, a regional shopping mall, mixed-use communities, and a former President’s home; whereupon, it meanders past Millersville and on to its confluence with the already nutrient-rich Conestoga River.

Throughout human history, the Little Conestoga Creek has been a source of life for the Susquehannock people and the immigrant peoples who followed.  The Creek has been cared-for by the Little Conestoga Watershed Alliance, a focus of Lancaster Clean Water Partners, and the subject of leading-edge research by Franklin & Marshall College.  And, since 2019, plans for the restoration of a portion of the Creek, from Swarr Run to Marietta Avenue, and including a multi-modal trail have been initiated by the Steinman Foundation and Little Conestoga Creek Foundation.

Located within East Hempfield, Manheim, and Lancaster Townships and a sliver of Lancaster City, when completed, the 2.5-mile Little Conestoga Creek Blue/Green Corridor Project will represent Lancaster County’s single largest streambank, floodplain, and wetland restoration project ever implemented.  Construction of the first phase of restoration improvements will begin in summer/fall of 2022.

By the numbers, the Project will yield some 1.3-miles of streambank restoration and creek realignment and 17-acres of wetlands will be restored.  Some 108,000 cubic yards of legacy sediments will be removed, contributing to increased carrying-capacity of the attendant floodplain.  In doing so, over a million pounds of sediment, 940 pounds of phosphorus, and 4,755 pounds of nitrogen will be removed, no longer to be carried downstream.

The Project’s streambank, floodplain, and wetland restoration will benefit the forty owners of underlying properties.  The sediment and nutrient reductions will benefit the Creek, Conestoga and Susquehanna Rivers, and Chesapeake Bay.  These environmental gains will also assist the host municipalities in achieving Commonwealth-mandated nutrient and sediment reductions imparted by Municipal Separate Storm Sewer System (MS4) regulations.  Moreover, the 2.8-mile non-motorized, multi-modal trail will benefit the community as a recreational asset, learning environment, and means of connecting residents and visitors to places of commerce, employment, and essential services.  The trail will also connect to surrounding trail networks, unlocking the potential of dozens of miles of trail resources.  The Blue/Green Corridor will advance the goals of each municipality’s Comprehensive Plan while also advancing our County’s Comprehensive Plan: Places2040 and Active Transportation Plan.

As ambitious as the Blue/Green Corridor Project is, it would not be mere months away from the start of construction had the Project not been embraced by an extraordinary amount of collaboration across borders.  The barrier of COVID-19 restrictions couldn’t keep the Project Team from virtually meeting with each property owner; their responses have been inspiring.  The Project Team has been supported through the insights of numerous partner organizations and individuals.  Each of the four municipalities, uniquely different in its own way, has acknowledged the Project’s value by unanimously approving a Memorandum of Understanding and providing direct and in-kind funding.  Further, the municipalities will soon receive and begin reviewing a draft Inter-Municipal Agreement outlining the disposition of MS4-related Reduction Credits.

The Board of Lancaster County Commissioners has authorized two successive years of funding support; the Board’s leadership was instrumental in also securing funding from private citizens and the business community.  Commonwealth and federal agencies and foundations have provided technical support along with significant design, engineering, and construction funding.  Most importantly, the Project has been met with unprecedented collaboration from Commonwealth regulatory agencies, chiefly the PA Department of Environmental Protection.  The PADEP is expediting the Project’s review and approval via a Watershed-based Permit process, reducing the timeframe for vital Project approvals.

Why has this Project been met with such overwhelming collaboration?  In the late-1990’s, when former Governor Ridge joined New York, Maryland, and Virginia in signing-on to the Chesapeake Bay initiative, the clock began ticking.  Each state continues to be obligated to reduce sediment and nutrients which degrade the Bay.  Pennsylvania, Lancaster County, and each of us have individual and collective roles to play in the Bay’s health.  Not only must projects, like the Blue/Green Corridor, be designed, approved, and implemented as quickly as possible, they must also be replicated.  The surest means of accomplishing these goals is to model this Project’s collaboration across borders.

On March 31st, many other initiatives will be explored during the “Lancaster2040: Thinking Beyond Boundaries Summit.”  Please join members of our Project Team at the Ware Center in Lancaster.